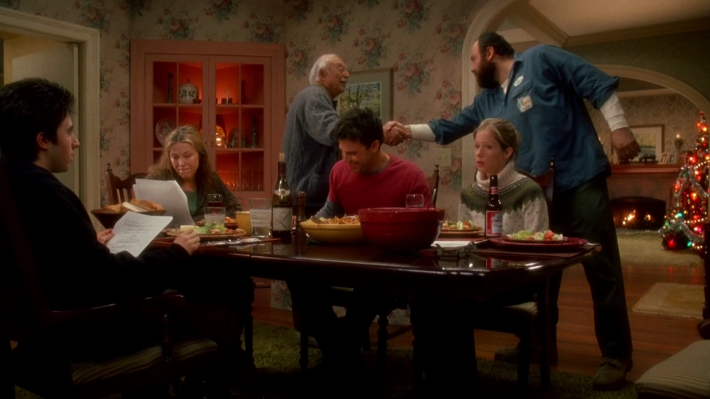 Synopsis: A lonely, obnoxious young millionaire pays a family to spend Christmas with him.

I know this film is almost universally hated by pretty much everyone. I know that. I just don’t care or agree. I LOVE it. It is one of my favourite, must see every year, Christmas films, and none of you can change my mind on that. Look at the cast! Ben Affleck (admittedly in the middle of his career droop), the late great James Gandolfini, Anchorman alumni Christina Applegate, and Home Alone mum Catherine O’Hara. What’s not to like?

The comedic chemistry between Affleck and Gandolfini was great I thought. There were some pretty funny moments through out. It’s not the BEST film of all time, but I’m not sure why it gets such a panning (it’s routinely described as one of the worst films ever made I believe).

As with most Christmas films, this has a saccharine message behind it, but I’m getting old enough to be a sucker for that kind of stuff anyway, so I don’t mind it in the slightest! And there was enough bad spirit between the characters to even it all out anyway.

James Gandolfini was at his grumpy, gruff best and I thought Ben Affleck showed some nice comic touches. Catherine O’Hara has a couple of funny one-liners, Christina Applegate maybe not so much. There isn’t much new ground broken here (the usual Christmas movie cliches are peddled out) but compared to the likes of Four Christmases I think it is far superior.

I’m going against the grain on this one and give the movie: