PLANS, AMBITIONS AND GOALS FOR 2014 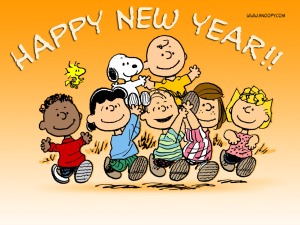 Firstly, Happy New Year to all of you kind folk who read this. Thank you for being loyal and an all round good bunch! Secondly, here is what I hope to do, blog wise, in the coming year.

– Number one is reviews, reviews, reviews. I have plenty to catch up on so watch this space. I hope to make more time for Music reviews this year, as they have taken a back seat to the movies.

– One thing that I would like to do is ‘open the floor up’ to my fellow bloggers and loyal ‘fans’ and ask them if they would like to put up a review on my site of any film or album or song of their choosing. It is open to both seasoned Movie bloggers as well as you folk who blog about other interesting topics. Anyone can pitch in, the more the merrier. The reason I say this, is because with a second baby due in two months, I might find time hard to come by. If I can schedule in some reviews from you guys that would be amazing. And it would also allow me to see what kinds of films and music you guys love.

– I want to do more features and articles other than reviews. I have done a few which were well received, I just need to find the time to do some more! Again, watch this space!

– A big one for me this year is to hit X amount of followers. Once I hit my target I am going to seriously look into finally removing the ‘wordpress’ bit from the site address. I will then rechristen my URL as http://www.moviesandmusiccafe.com. I envisage all manner of headaches doing this, and seriously wonder if I will ever have some loose change to do this, but I can live in hope!

– Up my viewing figures. They shot up over December to record levels, my best now being 186 in one day (OK, so nothing spectacular but heh)! I think this was largely because of my Christmas Movie Advent Calendar series as my views have since dropped rather a lot!

– Really sit back and see what I need to do with my blog. Maybe change it up a bit, have a new layout and theme etc. Really make it professional and slick.

That’s all I can think of for now. The main thing is that I would love your input into my site. I would love to put some of your reviews about your favourite things on there, so feel free to contact me via twitter @thomasjford or email tomford50@hotmail.com and let me know of anything you want included.

On a personal level, things I want to achieve this year are try and write another film script, maybe learn some simple magic tricks, get fit again and learn the art of drawing and animation. Big list, not enough time I know! Maybe two of those things then 🙂