OUR MUCH ANTICIPATED FILMS OF 2015

As much as you have to do a ‘best of’ list for the previous year, you always need to do a list of movies you are excited about for the coming year. Last year’s list included Grand Budapest Hotel, Interstellar, Boyhood and Calvary among others. So, like last year, here is the Cafe’s 2015 picks… 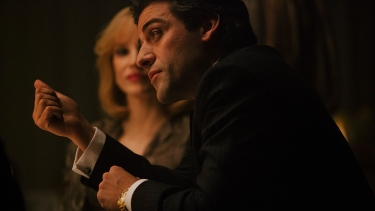 A Most Violent Year (January 2015) – In New York City 1981, an ambitious immigrant fights to protect his business and family during the most dangerous year in the city’s history.

Great cast with the ever impressive Isaac and Chastain, as well as proven director Chandor (Margin Call and All is Lost) and more than a hint of Scarface in the synopsis. 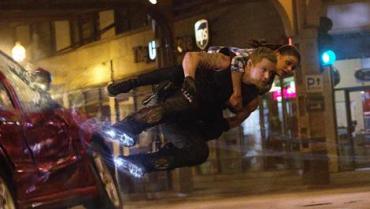 Jupiter Ascending (February 2015) – In the future, a young destitute human woman gets targeted for assassination by the Queen of the Universe, and begins her destiny to finish the Queen’s reign.

Directed by: Andy and Lana Wachowski

Despite not being a huge fan of The Matrix trilogy I kind of went against the grain and was sort of won over by the admittedly messy Cloud Atlas a couple of years ago. It was definitely an ambitious move by the Wachowski’s, and it appears as though Jupiter Rising will be in that realm again. 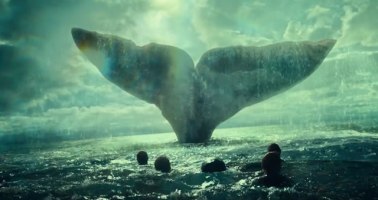 In the Heart of the Sea (March 2015) – Based on the 1820 event, a whaling ship is preyed upon by a sperm whale, stranding its crew at sea for 90 days, thousands of miles from home.

A retelling of the great novel Moby Dick, you know when it comes to a big blockbuster you are going to be in fairly safe hands with Ron Howard. Which is a good and bad thing I guess. It certainly sounds like a rip-roaring adventure anyway.

The Gunman (March 2015) – An international spy must clear his name in order to save himself from the organization that he used to work for.

I have chosen this more because of the strong cast, which should hopefully make it rise above it’s slightly ordinary sounding synopsis. 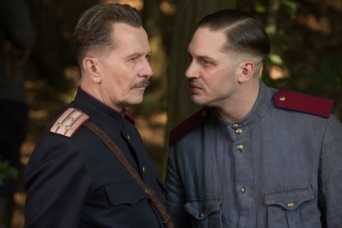 Child 44 (April 2015) – Set in Stalin-era Soviet Union, a disgraced MGB agent is dispatched to investigate a series of child murders — a case that begins to connect with the very top of party leadership.

Again, another top notch cast is the reason I’m interested in this movie. I have my doubts as well, it sounds like it could be similar in tone to Tinker, Tailor, Soldier, Spy (not least the presence of Hardy and Oldman) and I thought that was pretty dull personally. 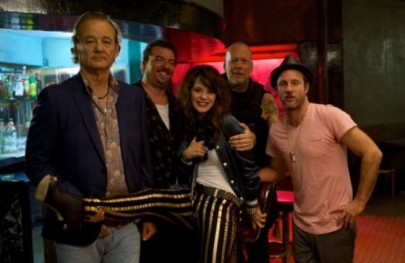 Rock the Kasbah (April 2015) – A washed-up music producer finds one last shot at redemption with a golden-voiced young girl in Afghanistan. However, when jealousy gets the better of a disgruntled ex-boyfriend, he decides to oppose the young star with talent of his own.

It has Bill Murray in it. End of. But, seriously, this may turn out to be a complete turkey, but the cast are great, the director is an old hand with classics a plenty. What can go wrong? No? 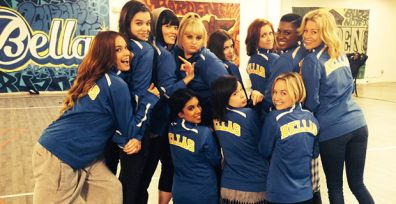 Pitch Perfect 2 (May 2015) – Collegiate a cappella group the Barden Bellas enter into an international competition that no American team has ever won.

The first film totally won me over a couple of years back, it was funny when it could have been awful. So, with some trepidation which comes with all comedy sequels (hello Anchorman and Dumb & Dumber) I look forward to the latest adventures of the Bella’s. 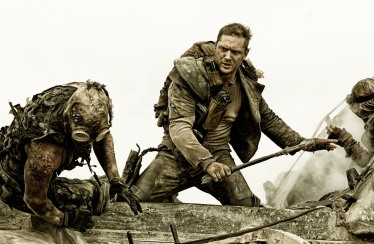 Mad Max: Fury Road (May 2015) – An apocalyptic story set in the furthest reaches of our planet, in a stark desert landscape where humanity is broken, and almost everyone is crazed fighting for the necessities of life.

Some what guiltily I hold my hands up and say I’ve never really seen the Mel Gibson originals, but I get the tone, and having seen the trailer for this reboot, I can say it looks pretty insane. Hopefully Tom Hardy can do the role justice, as he seems to in pretty much everything he stars in. 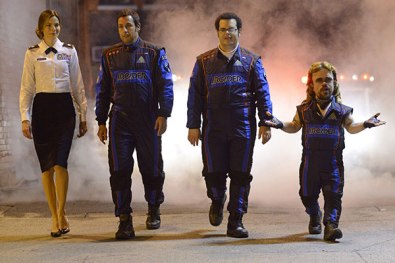 This could go one of two ways. It features Adam Sandler who I normally despise, so it could be awful, but it sounds like a mix between Wreck it Ralph and Ghostbusters, and that sounds ace, right? Oh, and Peter Dinklage is in it, which can only be a good thing. 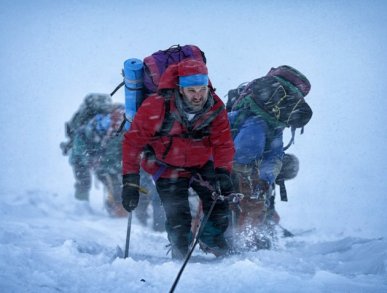 Everest (September 2015) – A climbing expedition on Mt. Everest is devastated by a severe snow storm.

Everest is, at this early stage, only on the list purely because Jake Gyllenhaal is in it. Such is his current purple patch that I would be willing to see anything he is in. So hopefully it continues in this movie. 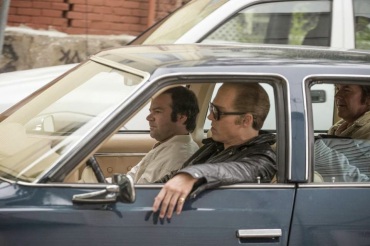 Black Mass (September 2015) – The true story of Whitey Bulger, the brother of a state senator and the most infamous violent criminal in the history of South Boston, who became an FBI informant to take down a Mafia family invading his turf.

Could this finally be a return to form for Johnny Depp? Maybe a return to something like Donnie Brasco, one of the last films in which he played it straight? I hope so, the cast and synopsis certainly sounds interesting. 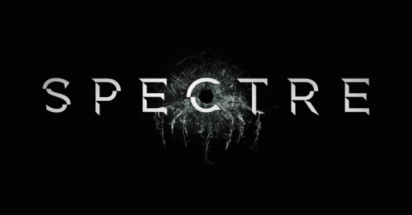 Spectre (November 2015) – A cryptic message from Bond’s past sends him on a trail to uncover a sinister organization. While M battles political forces to keep the secret service alive, Bond peels back the layers of deceit to reveal the terrible truth behind SPECTRE.

The thing with Bond of late, is it seems as though it could be a constant yo-yo between good and bad. Casino Royale was fantastic, Quantam of Solace was pretty average and Skyfall was a return to form. Let’s hope Spectre carries on where Skyfall left off! The addition of Christoph Waltz is interesting no matter the movie, but as a Bond villain, it could be great! 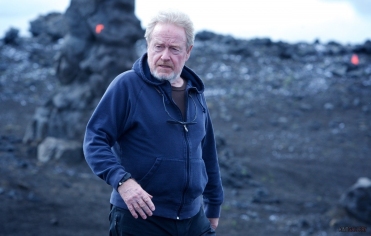 The Martian (November 2015) – An astronaut, stranded on Mars, struggles to survive.

Although Scott hasn’t been on top form for sometime (since Gladiator maybe?!) it’s still always exciting to see a new release by him. And with a top cast like the one linked to The Martian, and with the likes of Gravity and Interstellar still fresh in the memory, this could be a cool movie. 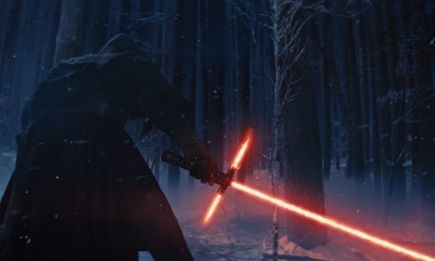 Star Wars Episode VII : The Force Awakens (December 2015) – A continuation of the saga created by George Lucas, set thirty years after Return of the Jedi.

Let’s face it, this is the one most movie fans are waiting for this year. And it can’t be worse than the last three, right? A mix of the old characters and new ones could go either way, personally, but it will just be good to have that iconic intro music and words back on the screen. 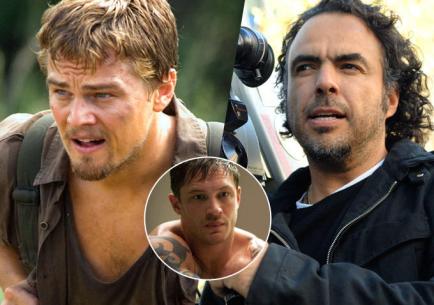 The Revenant (December 2015) – The frontiersman, Hugh Glass, who in the 1820s set out on a path of vengeance against those who left him for dead after a bear mauling.

Not due for release until the end of the year, the two leads are pretty much at the top of their field, and the director is fresh from the much applauded Birdman, so this can only mean good things about The Revenant you would think. Here’s hoping it closes out the year in style!